Alison Wormell is an award-winning Australian bassoonist, living in London currently completing an Artists Diploma of Performance at the Royal College of Music, studying with Joost Bosdijk, Sarah Burnett, and Andrea de Flammineis. Her studies are generously supported by the Tegner Scholarship, Craxton Memorial Trust, and the Munster Trust.

Alison’s personal projects focus on reframing classical performance, exploring diverse and inviting forms of delivery, and combining spoken word with bassoon performance. Their most notable endeavour in this genre was a series of 7 short films created in partnership with FABLE ARTS Cambridge, headlining their 2021 “Solos” concert series. These self-narrated films track Alison’s journeys out of London by bicycle, and their performances in the English countryside.

In addition to solo performance, Alison has performed professionally with orchestras worldwide, from the aurora borealis to the aurora australis. She was acting principal bassoon with the Lapland Chamber Orchestra for their 2022 Spring program, and was the same for the Opera Australia Orchestra’s “HANDA Opera on the Harbour” in 2019. They have also performed with the Sydney, Adelaide and Tasmanian Symphony Orchestras, and the London Mozart Players.

In their spare time, Alison is a keen cyclist, co-founding the inclusive cycling group West London Bike Crew, organising women+enby led rides. You can find out more about them via their Instagram.

This interview was conducted in Spring 2021 for my original Masters critical project. The bassoon Alison played on at the time is a Püchner Model 23, made in 2016. I found it particularly interesting to speak to them as someone who’s owned a bassoon from brand new, particularly as I’ve only owned ones that have had previous owners! They also recently purchased an exciting new instrument, which will deserve its own write up in due course…

This interview took place in March 2021. 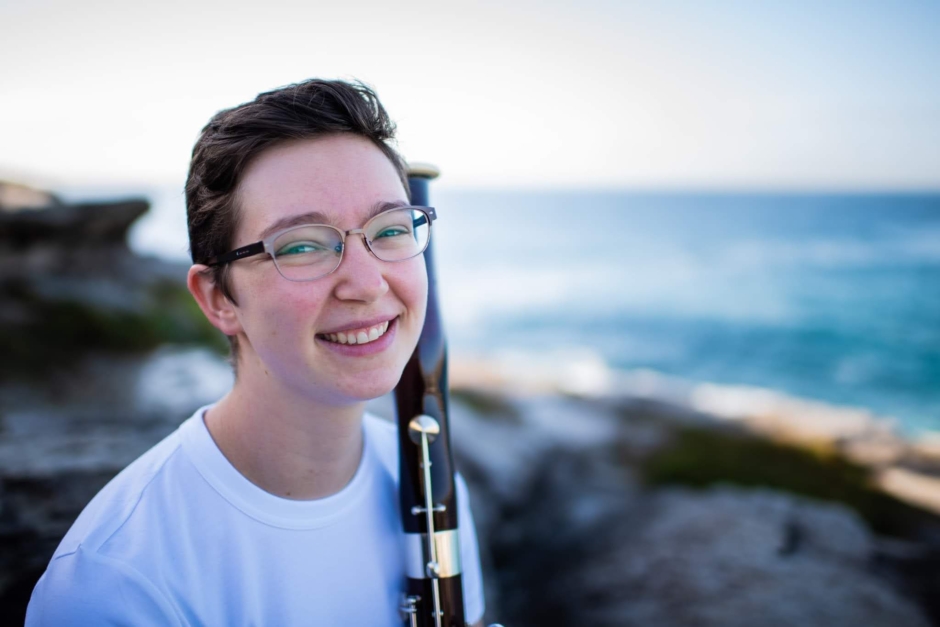 Can you describe three key or memorable moments with your instrument?

Alison Wormell: Um, is this with my instrument now, or instruments that I have owned in general?

Holly Redshaw: They can be bassoons in general!

AW: Golly! I think when I bought my current bassoon. I went into the Püchner factory and I had been playing on an antique model of what I was buying before. They had six bassoons to try and there was one antique finish and all the rest were dark finish, and it ended up the two I ended up choosing between were one antique finish and a dark finish. And I ended up choosing the dark. So that was pretty special, buying your first professional bassoon.

I think another one would be playing fourth bassoon in Verdi Requiem with Sydney Symphony (Orchestra), and just playing really, really quiet low Bs. That was such a nice feeling – I could just really feel the resistance and everything… It felt really like I was just playing and that was just wonderful.

The only other thing that springs to mind is playing the Glinka Bassoon Sonata in Woodwind Competition last year (2020). It was just nice! It’s lovely when you have moments like that and feel like you’re singing through the instrument and you’re not really working against a barrier and you’re just playing. And I know that’s happened at other times, but that’s probably the most recent time.

Can you choose three words to describe your instrument in particular?

AW: Ok, I’m going to do this in regards to my instrument that I own right now.

Warm. Dark. And, possibly a slightly odd one, Child.

Does your instrument have a history or biography you could tell me about?

AW: Yeah! It was made in very late 2016. I selected it in Jan 2017. I brought it home… it’s interesting, when I first started playing it I actually had a whole load of soft palate problems for some reason, so I actually bought it and couldn’t play for five weeks. So it was actually really nice when I could start playing it, because it was really fresh because I hadn’t played bassoon for a while beforehand. I feel like because of that I had a really clean start with it. Whereas when you first change bassoon, if you’ve been playing on another one it can feel really strange, so I felt quite comfortable with it. It’s always been really lovely. My parents call it the Chocolate Monster because compared to my previous bassoon, which had a very light, vibrant sound, they think it sounds really chocolate-y. So my dad decided to call it Errol, which is the name of the lead singer of the band ‘Hot Chocolate. Which is really lame – but it’s really annoying because he called it that and the name stuck!

Can you tell me about your own instrumental performing history, in relation to your instrument(s)?

AW: I started playing when I was 8 turning 9. Because I was the only bassoonist around, I was playing in the regional orchestras within six months which is terrifying. So always being put into the next thing up, always being pushed because there weren’t any bassoons.

And then with this particular instrument, obviously I couldn’t really play the bassoon for a while and then I got to start on this new one, so that was really nice. It’s been with me for all my professional work, I’ve always played it. Interestingly, I’ve been through about 3 crooks while playing on it, because of just trying to find the right sound. So the body of the instrument has stayed the same but some of the extras have changed.

I think I’ve grown into it. I think I made a really good selection; it’s beautifully even and has lovely resistance, but as I’ve grown up with it over the last 3 years and done more professional work I’ve had to learn how to blend with it, so the way I use it has changed over time, which I think is how it should be.

Do you primarily perceive your instrument as an expansion or challenge to your musical performance? Can you tell me more about this?

AW: An expansion or a challenge… that sounds like the same thing, to me!

AW: Can you clarify what you mean by expansion or challenge?

AW: I think in some respects it’s a challenge, because a lot of the stuff I’m working on in my playing at the moment is to do with singing and being really clear in my head with what I want to say – but when I have that idea of what I want to express clear, then it’s a wonderful conduit. I mean, reeds suck shit, but you know, the bassoon itself… by now, after playing it after sixteen years almost, in some ways it’s more natural and expressive than I can be with my own voice. With my bassoon, that’s just me vocalising what’s happening inside my head in a different way.

Is that a good answer?

Do any qualities you associate with your instrument aid you or become present during performance?

AW: I think it’s got a really beautiful projection. I think the bassoon itself naturally projects very well, and that’s super, super useful in performance if you want to come out of the texture or you’re doing something solo. I think it’s naturally very open and warm.

On the whole, it blends well, generally, but sometimes I have to work harder to blend with other instruments or where it’s soft because the sound is quite present. It’s an adequate bassoon for playing second, but I think in some ways, because it has this really projecting sound, I have to work a bit harder to play quietly or supportively and not be too…. (does a bassoon playing action and makes a crunching sound), much.

HR: I really like that action. What word would you use for that?

We use cookies on our website to give you the most relevant experience by remembering your preferences and repeat visits. By clicking “Accept All”, you consent to the use of ALL the cookies. However, you may visit "Cookie Settings" to provide a controlled consent.
Cookie SettingsAccept All
Manage consent